I'll admit I was skeptical at first. Can wearing two vibrating devices reallyreduce stress? That's what TouchPoints claims to do, and as I found out this week during a crazy day at CES, the company delivers on that promise. What's more, I have the brain scans to prove it.

The company was co-founded by neuropsychologist Dr. Amy Serin as part of her effort to help people who suffer from PTSD. During the course of her research, she discovered that wearing a pair of tiny pulsing gadgets can also help gifted children or stressed-out adults. In fact, she told me that the product is most popular among women ages 35 to 55, who are typically dealing with the stresses of managing family life and making sure the kids get from A to B with everything they need. TouchPoints can also help with things like night terrors or other sleep-related issues.

The devices are tiny squares about the size of a watch face. There's a single button for turning them on and off, and they'll automatically pair with your phone -- if you have Bluetooth turned on, of course. From there, a companion app will ask you a series of questions to determine your stress level before suggesting a preset. And yes, you can always switch to a new one or dial in the intensity and rhythm settings manually. TouchPoints can be placed on your wrists, in your pocket or anywhere you can feel the vibrations. However, you do have to wear two of them, since the soothing effect is creating by a pulsing back and forth. For that reason, I opted for the in-the-pocket method rather than slapping them on my wrists. 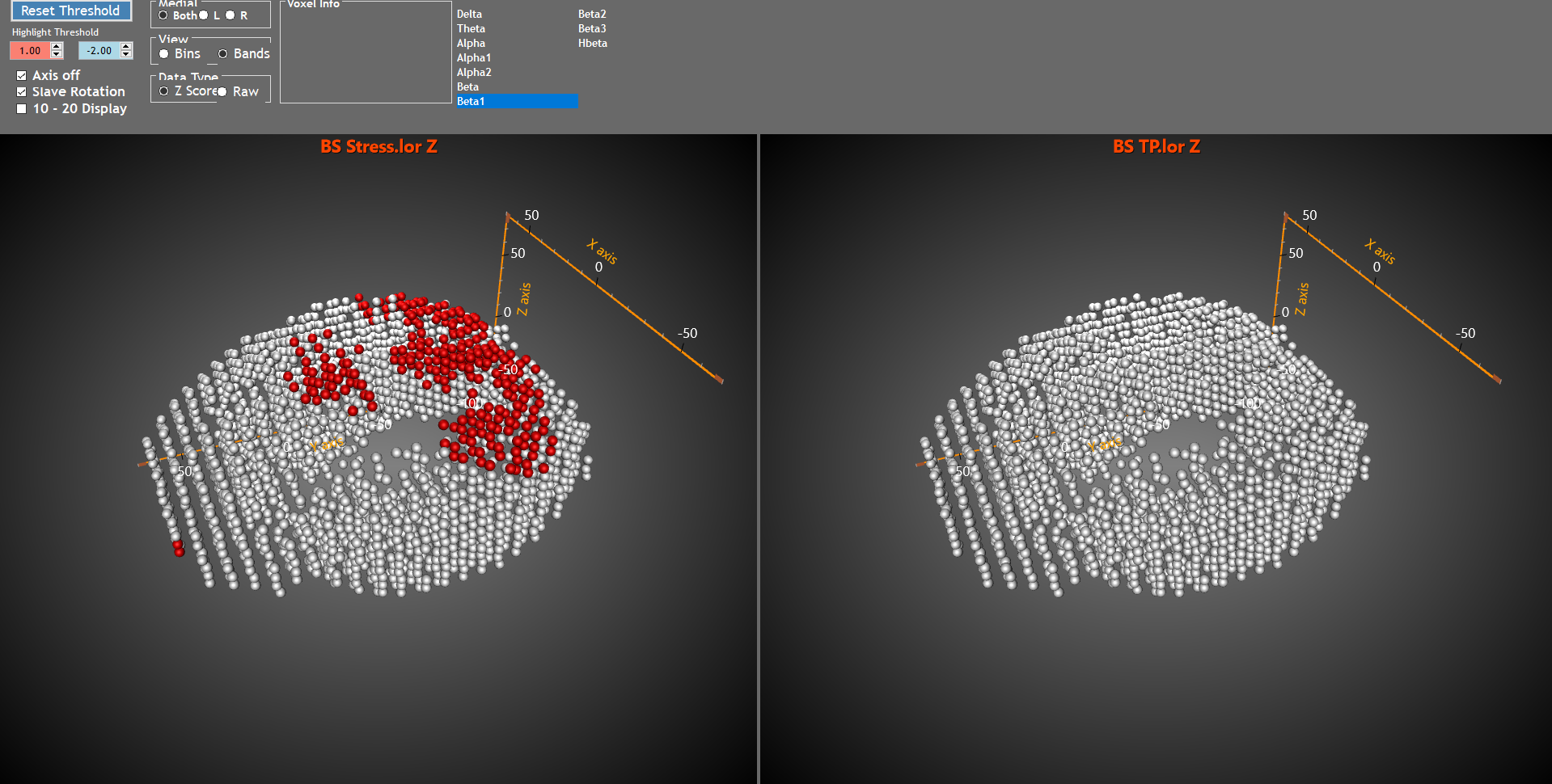 As a demonstration of how well TouchPoints work, the company offered brain scans here at CES. The first part of the test includes thinking about something super stressful and allowing a neuroscientist to take some detailed images of your brain activity. After that, I was handed a pair of vibrating TouchPoints and asked to think about the same stressful thing again, and more images were taken.

As you can see in the image above, the left is the first scan and the right side is the second. The beta frequency is associated with stress or overactivity in the brain -- as illustrated by the red dots in the first scan. Once I was handed the TouchPoints, though, I was never able to stress myself out to the same level as the first time around. Trust me, I tried. What's more, the pulsing sensation was quite soothing throughout almost a full day of wear. I had to remove them to charge in the early evening, otherwise I would've kept them on from morning until evening (more than eight hours). It was a lack of planning on my part, not due to any battery-life issues.

Sure, they work well, but there are a couple downsides to wearing TouchPoints. First, the vibrations are quite loud if you find yourself in a quiet room -- similar to the buzzing of a phone. I had to turn them off during an audio demo later in the day after some dirty looks from fellow show attendees. The second, for me, is the price. At $240, they're not something you'd purchase without some consideration. However, if they work for the masses as well as they worked for me -- and TouchPoints has plenty of research that says they do -- that's a small price to pay for drastically reducing your stress levels, being able to sleep better at night or getting helping with a range of neurological issues you might be facing.

Click here to catch up on the latest news from CES 2018.

*This article first appeared in Engadget on January 11, 2018, by Billy Steele, @wmsteele. To read the full article, click here.